The following is a guest post written by Kendall from LifeBreathPresent.com as part of our Tell Me Your Postpartum Story series. What makes her story so unique is that she sees her journey through PPD as an opportunity to come alongside others and relate. Here is Kendall’s story…

Today, things are good. No, actually, things are great! I’m happy, I’m content, and I’m not struggling. Not like I once did. But, there were harder and darker days. 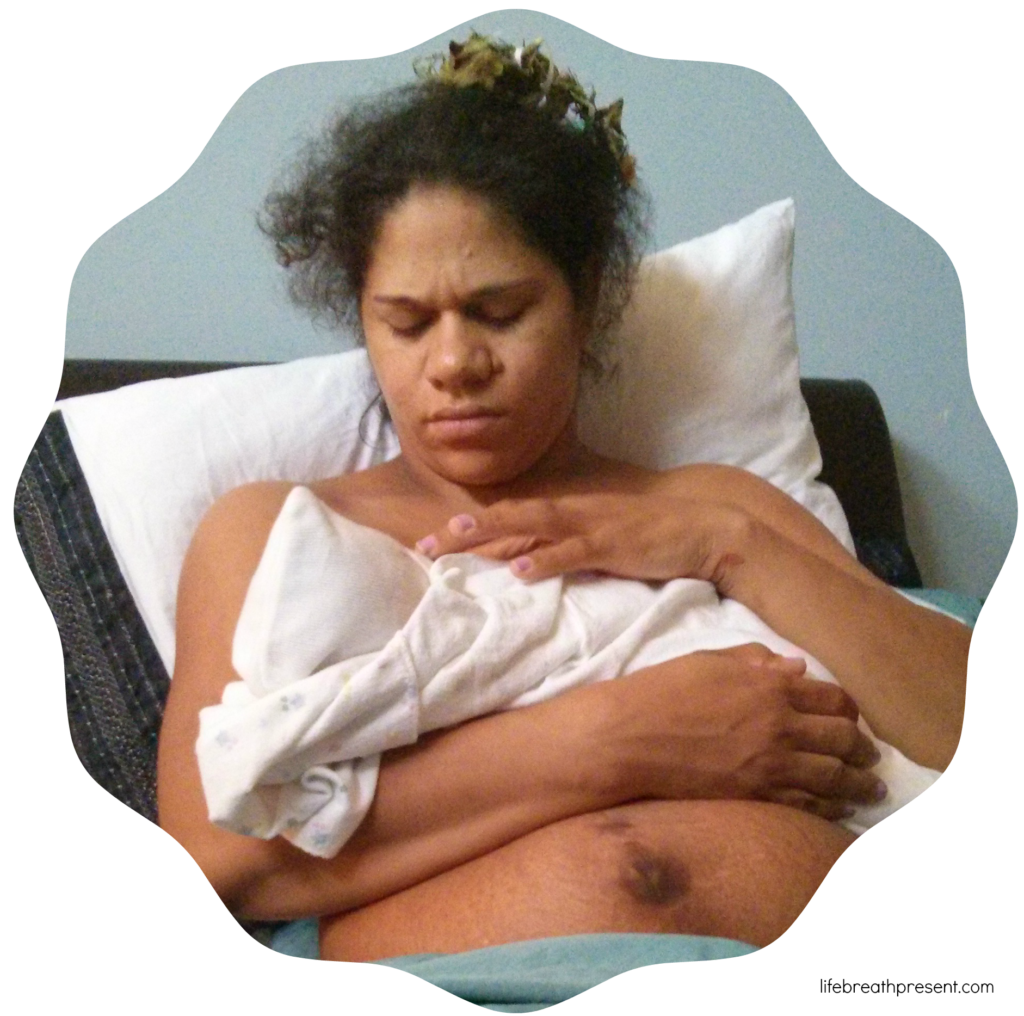 This fact may not be all that grand, but it took me a long time to say it, with conviction. See, I felt disconnected after Monkey Boy was born. I knew what needed to be done. I had knowledge how to breastfeed, change diapers, put on baby clothes, carry a baby, and overall care for a baby. I knew those things and had a belief and desire to do them all well, specifically breastfeeding. Yet, I didn’t feel connected to Monkey Boy at first.

I felt out of place, distraught, and lacked true, deep, and pure emotions.

I loved Monkey Boy, in my thoughts. I wanted Monkey Boy. But the gratitude I expected to feel upon meeting him for the first time wasn’t there. The overwhelming rush of feelings didn’t happen (until much later). Yes, I was emotional and yes, I felt things. I just didn’t feel what I expected or wanted to feel. I am a pretty feelings driven person. My emotions are always genuine, deep, and pure. I can often actually feel them physically. So to not have any of that after Monkey Boy was born (and for a few months later), was quite devastating.

In general, I walked around feeling rather empty. I was frustrated and confused and hurt. I thought something was wrong with me. I was scared that something was wrong with me. I didn’t know what to do and I didn’t really believe I had post-partum depression, despite knowing I was at risk for it. I thought even if I did, I could combat it. I had my placenta pills and I really wanted them to work. (Retrospectively, I think they did, but maybe they just weren’t enough for me at the time.)

I wanted to really feel! I wanted to be connected. I had this precious, beautiful child created out of love and desire, yet I mostly felt empty.

For months, I wrote all this off as being in so many transitions at once. And maybe there’s a part of that that’s true. But, it’s also not the whole story. The whole story is that I also suffered from post-partum depression.

Today I can admit that I had some post-partum depression. Today I have come to terms with this as fact. Today I accept what I’d previously thought of as weakness and fault. Today I’ve let go of the shame.

In all honesty, it took about a month for me to feel anything real (outside of fear) when I looked at Monkey Boy. It took about another 5 months before the fog lifted. And, for some, that’s a long time. For others it’s short. My experience was that when Monkey Boy was around 6 months old, the fog lifted.

I remember clearly one day waking and not feeling even an ounce of depression and lack of desire to do things.

I remember my feelings being deeper than before.

I remember feeling freer than I had been in months.

There were fleeting occurrences in the months prior, but they never stuck around very long. This is also when I started to have some confidence in motherhood. I started to feel like I’d figured a few things out, the fear was (mostly) gone. (Does it ever go completely away?)

Although I’m not necessarily happy to have experienced post-partum depression, I am glad to have had the experience for myself. I’m glad to now have the knowledge of what it can be/look like for me. I know it can be different, worse, or not happen again. But, I also know the markers for me. 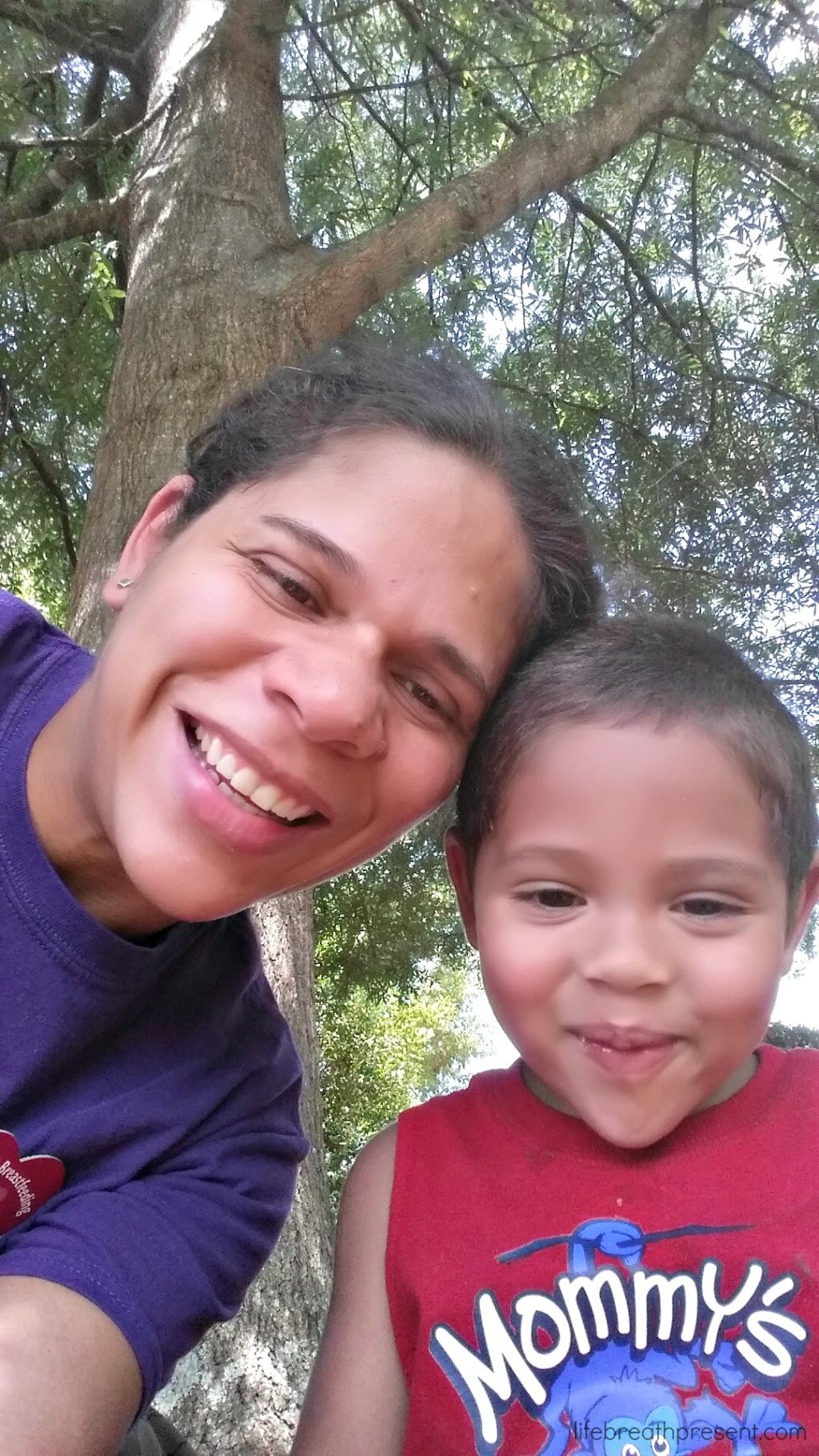 I’m also glad to have come to terms with having suffered from post-partum depression because I can share my story. I can let someone else, many other people, know that it’s ok. Post-partum depression feels awful, but it can and (often) will get better. It’s not always enough to know there’s help out there (it wasn’t for me anyway) though I’m glad that help is out there. Sometimes though, it’s nice to hear a personal story so as not to feel alone and so different from others.

Did you experience post-partum depression? If so, when did you start to feel better? Have you come to terms with yourself and released the guilt and shame?

Thank you so much, Kendall, for sharing your Postpartum story! Thank you for the hope and reminder that each of us have our experiences and that carrying shame or guilt because of what we face only causes us to suffer alone.

I want to hear YOUR story!!

If you’d like to have your postpartum story featured on Grace Broke Mom, please email it to gracebrokemom@gmail.com

My name is Christy & I am a mother of 5, a wife to 1, and I am continually being broken and transformed by grace. I love real talk. I am convinced that nothing healthy has ever come from hiding or trying to pretend. I am also convinced that my true love language is sarcasm. You will get a good dose of sarcastic real talk here!